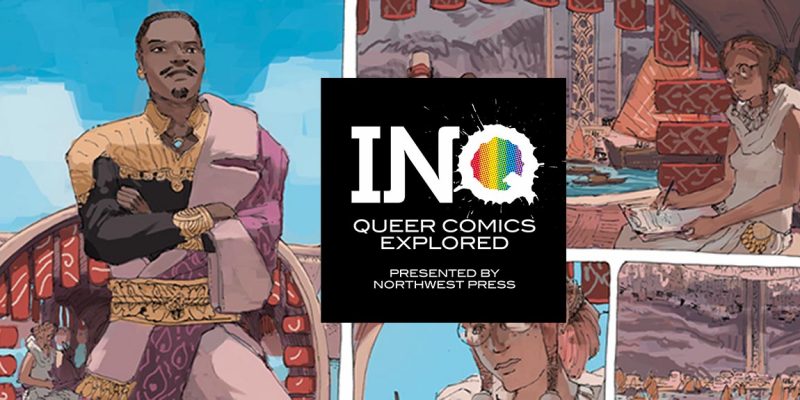 When selecting a character class in Dungeons & Dragons, most people fail to consider the benefits of choosing “Food Critic”: automatic “Mysterious Past” background, +3 to identifying poisons, re-rolls on spice identification…

As the driving force behind the lesbian fantasy epic The Legend of Bold Riley, Leia Weathington is no stranger to the world of fantasy comics. But when she gave me a preview of one of the stories from her new project Deep Engines, it was clear that this would be a totally different kind of adventure.

Zan: What is Deep Engines?

Leia Weathington: Deep Engines is the story of a world broken by an ancient catastrophe. Over a thousand years ago the Rupture split the ground, throwing a myriad of cultures together. Now, six distinct races make their homes on the cliffs and wilderness around the Great Rift River. From the lowest commoner to the most powerful noble, Deep Engines explores how world-shaking events can be directed by even the most insignificant and unwilling.

Who’s working on the series?

I’m the lead writer on Deep Engines and the lead artists are Conley Presler (Red Skies, Golden Nights) and Jack Cole (The Sun and Her Daughter, Next). Together, we’ve got backgrounds in writing, illustration, game development, sequential art and a deep love of the fantasy genre, which all combines to create a unique world full of lush settings and intriguing characters. (The Deep Engines site will also have a series of 18+ comics called “Raw House”, with a host of tremendous, unique guest artists!)

This excerpt is from a story is called Epicurean’s Exile. What’s it about?

Once the premier food and culture writer for the well-heeled in Sekmet’s Climb, Arimba Kovlinde finds himself fleeing his home with a black mark on his name and Solando Saria, a rebellious teenage art prodigy, in tow.

Jack Cole created the gorgeous art for this story. 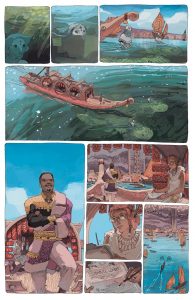 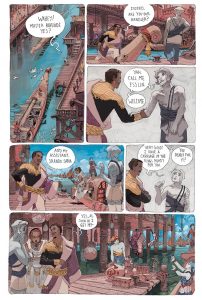 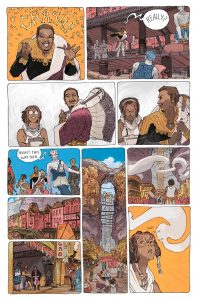 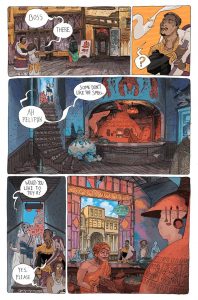 “Epicurean’s Exile” is one of two stories making their debut on Deep Engines in April. To read more and become a patron of the series, visit the Deep Engines Patreon page.

INQ: Autobiography of a Japanese Bar Hostess INQ: Fall in Love with a Dog in These Tales of Spooky Queer Romance