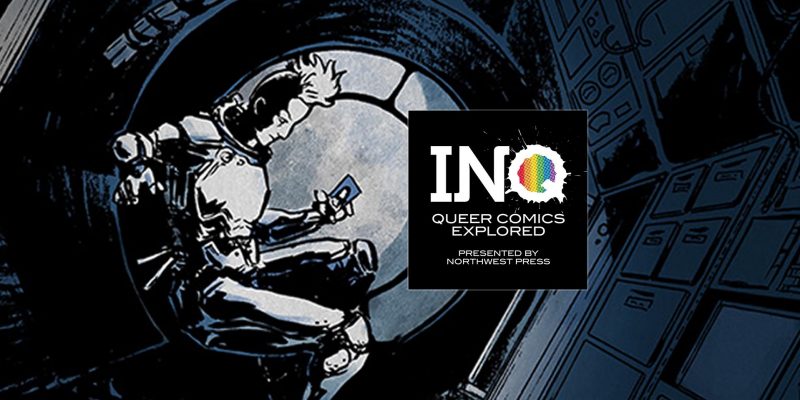 INQ: Her Long-Distance Relationship is in Another Solar System!

Sometimes you’re looking for something and you think you’ve found it, only to discover that it was nothing like you thought… and it’s so much better. Beck Kramer’s Relativity is the story of Irina Novak, an astronaut sent on a pioneering light-speed journey, and how that journey affects her relationship with her wife, Anne, in unexpected ways.

At the start, the comic has a “working astronaut” feel, not unlike Andy Weir’s The Martian, but as the story progresses, it takes some sharp turns — no spoilers here, but geeeeeez! — and becomes something altogether different.

Unicorn Booty: Relativity has a really intriguing concept at its core, which seems to have more to say about our everyday lives than about its science-fiction trappings. How did the comic get its start?

Beck Kramer: It started as a pitch to Beyond [the LGBT sci-fi and fantasy comics anthology] focusing just on the split-screen, displaced-time scene in Part One. It didn’t get accepted, and that was just about the best thing that could’ve happened to the story — I think it’s a lot more solid now, and has gone to a lot of places I never could’ve seen coming then. It’s funny, having something get rejected makes you look at it differently, and in this case it made me zero in on this idea of, “What if I could go back and make things right? What if I could have a reset button on something I’d messed up?” Except, that’s impossible, right? But Relativity is an opportunity to investigate that because science-fiction is so so great at letting you distill a specific, very human thing like trying to fix a mistake you regret, and explore it.

How much are the situations in Relativity, as fantastic as they are, pulled from your own personal experiences?

I’ve been in two relationships where I was in a very different spot in my life than the person I was dating at the time. In one case, I was unemployed and had a ton of time to stress over every detail of everything, while they were very busy, and the other relationship was the flip side of that. And in both cases, time seemed to move differently for each of us. A tiny thing to one person can be this huge deal to the other because they’ve been thinking about it all day. Neither person is wrong about their perception of time, but those perceptions couldn’t be more different. That’s fascinating to me.

I’m really lucky to be in a very healthy, on-the-same-page relationship right now, and I think that informs things a ton, too. You’ve got this pretty sad story about things kind of falling apart for these characters, but why should you care? Showing what these two people mean to each other, what their history is — that’s vital, and that’s definitely coming from my present, which is kind of funny I suppose.

When it comes to science-fiction, do you find that you’re more a utopian, a la Star Trek, or a dystopian?

I want an honest utopia, I think, but I’m not sure if they’re possible. I read a ton of dystopias when I was younger, just gobbled up any one I could find, but I think I was drawn to them because I was in a pretty broody place then. Swinging too far in either direction just seems to beg someone getting stuck holding the bill, you know? So I’m not sure I really favor either one these days. But I seem to have a lower tolerance for cynicism every year. I tend to seek out sci-fi stories that have a good dose of hope in them. I want to root for people sorting things out. 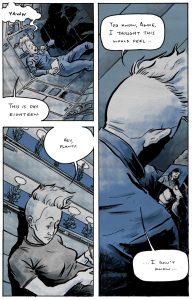 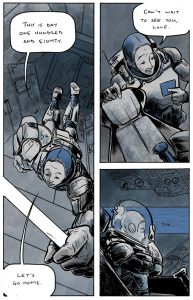 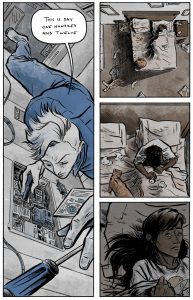 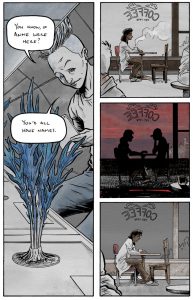 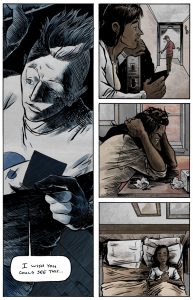 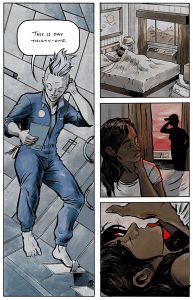 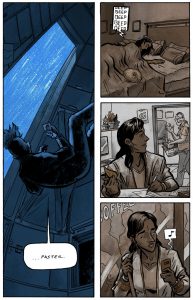