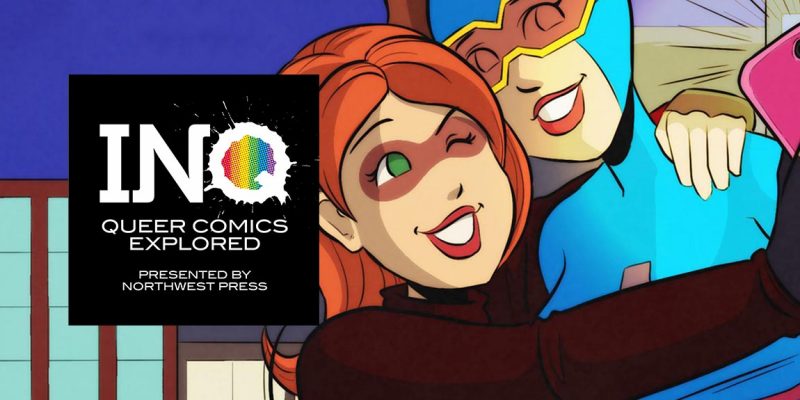 One of the great things about the rise of webcomics and digital distribution is that people who have a creative itch can scratch it in exactly the way they want. Those passion projects or niche-audience stories are actually getting made and often proving that something that bucks the trend can catch on in a big way.

Case in point: the delightful new series Gamer Girl & Vixen, which tells the story of two lesbian supervillains in a tone that’s more Archie than Dark Knight. Instead of being a super-serious “issue comic” which pauses the story to impart lessons about tolerance and diversity, GG&V weaves the characters’ backstories and identities into a lighthearted, flirty romp through a fun superhero world.

Zan: How did Gamer Girl and Vixen come to be?

Kristi McDowell: Gamer Girl & Vixen was born of an idea my writing partner (Sean Ian Mills) and I came up with when we were playing online role-playing games together. It was fun and silly but what made them special was the love they had for one another. I was already working on projects with Jay Mooers at Eden Park Tales so took what I was learning with him to start turning our idea into a comic book.

Aaron Bolduc designed the characters for us and Gemma Moody joined as the series artist. Rounding out the team is our letterer Taylor Esposito of Ghost Glyph Studios and editor Emily Kudla, making her comics debut.

We successfully funded the first three chapters in last year’s Kickstarter campaign. Now we’re working to finish the graphic novel and get Gamer Girl & Vixen into the world!

Super-hero comics have grown increasingly “grim and gritty” over the years, but GG&V strikes a more upbeat tone. What’s the audience reaction been like?

You know, audience reaction has been incredible. I think the grim and gritty comics have their place but comics like Batgirl, Unbeatable Squirrel Girl and Patsy Walker, A.K.A. Hellcat show that there’s a need for for something a little more upbeat. There’s nothing wrong with celebrating the inherent fun in dressing up in costume and gallivanting across some cityscape. And throw young, wild love into the mix and you have a combination that’s really speaking to our fans. We’re so lucky to be resonating with such a passionate group of people.

What’s next for the series?

Next is the Kickstarter campaign! On Saturday, April 2, we launched the campaign to fund the production of the final three chapters and printing the graphic novel. Upon successful funding, we’re planning to ship the books by the end of the year. We’re really excited to bring our tale of love, lesbians and larceny to a bigger audience. 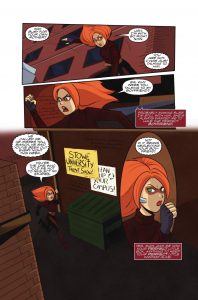 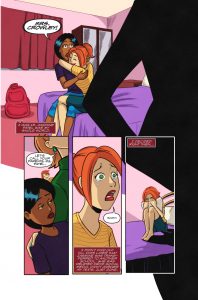 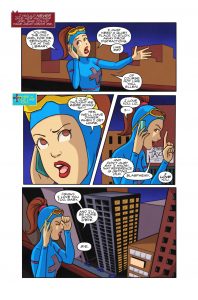 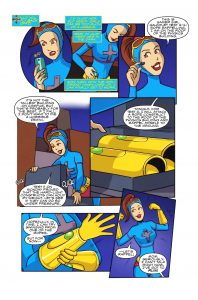 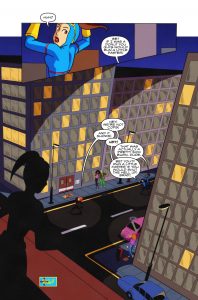 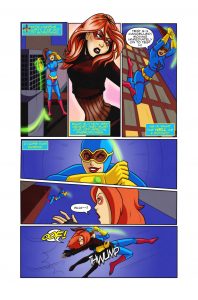 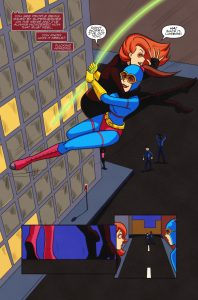 Read more comics and find out more about the series on the Gamer Girl & Vixen website!

INQ: Fall in Love with a Dog in These Tales of Spooky Queer Romance INQ: Mama Tits Saves the World!