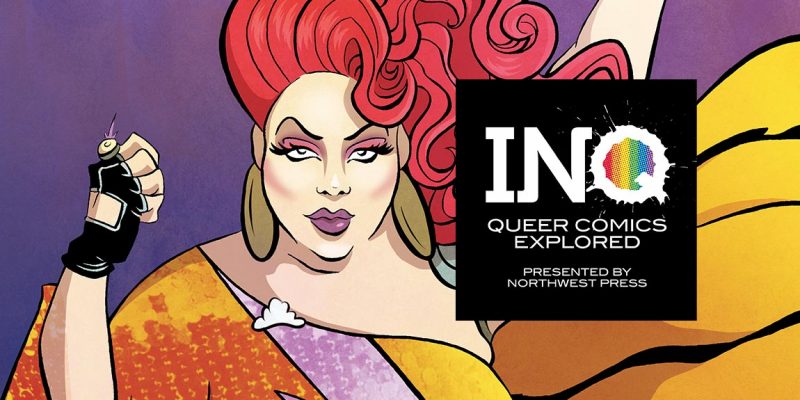 When you need someone to stand up to religious bigots, there’s nobody you want in your corner more than a fierce drag queen. Seattle’s Mama Tits became a viral video star when she confronted antigay protestors at Seattle Pride in 2014 and Sunday-schooled them about picking and choosing from the Bible to support their homophobic rhetoric.

Mama Tits Saves the World takes her drag queen activism to the next level and into the world of superheroes and villains, where she fights superpowered versions of infamous homophobes, like Kim “Polyestra” Davis and Reverend Jerry “Plummetgood” Falwell.

An Indiegogo funding drive for the book starts today and runs through the start of May, when the book will be making its debut at RuPaul’s DragCon in Los Angeles. Here’s the first chapter of the story, scripted by me, with art by Terry Blas and color by Marissa Louise. (The book also features bonus pages by Sonya Samantha Saturday, Diego Gómez, and Justin Hall!) 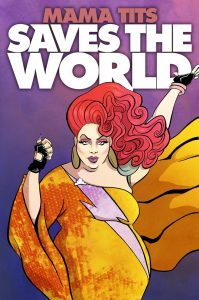 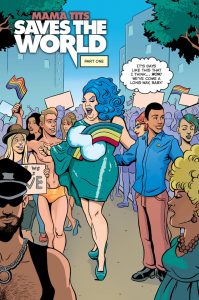 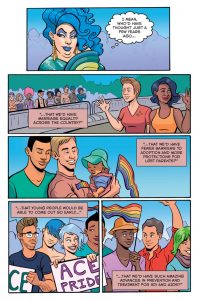 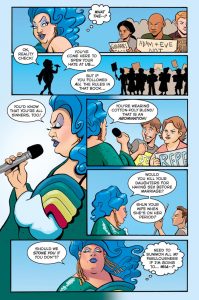 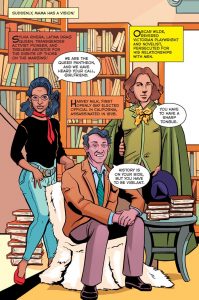 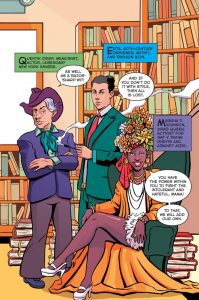 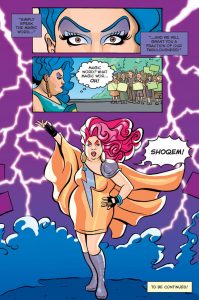 Get the whole story on the Mama Tits Saves the World Indiegogo campaign page!