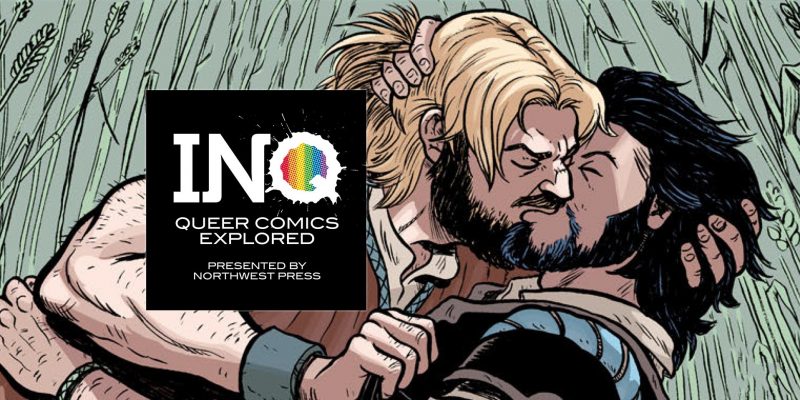 You don’t have to be gay to be an action hero, but apparently it helps!

In the new series Merry Men from Oni Press, writer Robert Rodi and artists Jackie Lewis and Marissa Louise reimagine the legendary bandit and his crew as sexual outlaws. The Merry Men have to fight for their lives against the vicious Sheriff of Nottingham, determined to stamp out the “moral laxity” they represent.

Zan: A lot of people are familiar with the story of Robin Hood, but mostly from the movies (or even the Disney version where he was a cartoon fox!) Your version of the story starts by grounding it in historical context, but how much of the Robin Hood legend is factual? Was there a real-life figure the story is based on?

Robert Rodi: Most scholars agree that the Robin Hood legend had some basis in actual events; but they can’t really agree on which of several historical personae is the one who’s most likely the model for Robin—or even which century he lived in. For that matter, Robin himself — the Robin of legend — has been chronicled as having lived at various times across several centuries. It was only fairly late in the folkloric tradition that it settled permanently on the 12th Century, and the rule of evil Prince John.

Is it a challenge telling a story that takes place several hundred years in the past with gay or bi characters (or at least ones that are gay- or bi-behaving, since they don’t self-identify) at the center? Are attitudes about gay romance and sex and based on norms of the day or is it partly anachronistic?

We have almost no historical record of same-sex behavior, much less same-sex identity, in early English history; it absolutely existed, but scarcely anyone wrote about it. As a matter of fact, we decided that the five issues of Merry Men would each feature a chapter in a text piece I’d write, called “A Queer History of England,” profiling a different figure from English medieval history who was either gay or transvestite or transexual. And once I got into it, it was quite a feat coming up with five subjects, and I’m pretty well versed in English history.

But for that reason — meaning, the lack of documentation — it was actually easier to imagine what these characters would be like. There wasn’t anything to contradict my ideas; if I was anachronistic, who’s to say? Though I did try to be as historically faithful as possible.

For example, in the medieval period, there was, as you note, no clear-cut concept of sexual identity — most of our characters call themselves “merry” (which is our medieval analogue for gay), but it doesn’t necessarily mean exclusively same-sex oriented. Sexuality among the Merry Men is more fluid than that; some are what we’d consider bisexual, with a preference for men; others are very much oriented solely towards other men. We have the full Kinsey scale here; though of course it’s eight hundred years before Kinsey.

It’s been such a joy to delete Maid Marian, let me tell you. She wasn’t always part of the Robin Hood legend; in fact, she had her own folkloric tradition long before it was twinned up with his; but once that happened, they were stuck together forever. And people think it was always that way. It wasn’t. (It’s sort of like, in five hundred years, if people thought of Wonder Woman as Superman’s girlfriend, and nothing else.)

And it’s a shame, because when Marian became part of the legend she totally eclipsed all the rest of the cast; Little John and Friar Tuck managed to keep some kind of profile, but all the others just fell into shadow the moment Marian was grafted on to the stories. And she just doesn’t even fit; everything about her is, in my opinion, just wrong, wrong, wrong for this story, these heroes, this era.

My approach with Merry Men was to strip away all the various additions and traditions that had accrued over the centuries — to go back to first principles, the original Robin Hood — and rebuild from there, using only the elements that appealed to me. So Marian didn’t make the cut. As a result, characters like Arthur-a-Bland and Much the Miller’s Son now get to step back into the spotlight (Merrily back, as it were).

And something that did make the cut was this idea — this notion — that the reason Robin Hood had to hide out in Sherwood Forest, was to do with outlawry of the sexual variety. There isn’t a lot written about that; but I was very happy to take the few speculations and conjectures and run with them.

If you could cast Merry Men as a feature film, what would be some of your dream casting choices?

I’d probably cast Nikolaj Coster-Waldau (Jaime Lannister from Game of Thrones) as Robin. I’m sure I could cast the other Merry Men as well, but I just want to think about that one for a while. 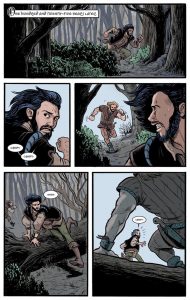 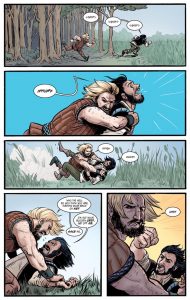 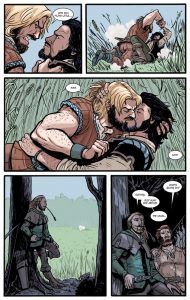 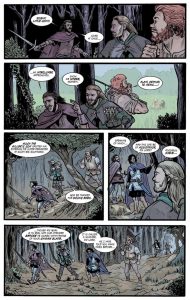 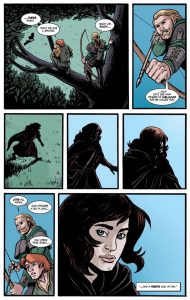 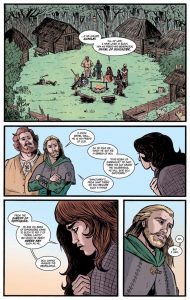 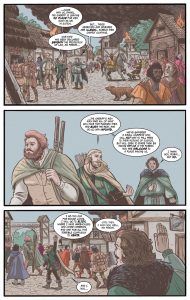 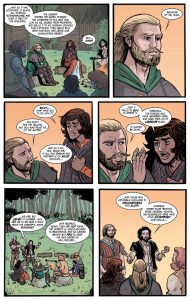 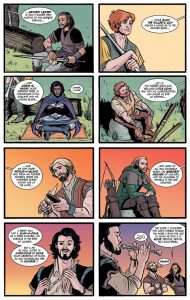 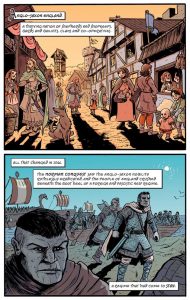 INQ: Her Long-Distance Relationship is in Another Solar System! INQ: Apple Is Blocking Gay Comics To Keep You from Jacking-Off